Competition architecture for a “doctor” building

It is over three years since we took part in this competition architecture announced by the Health Department of the Government of Aragon.

Proposals for a new Medical Specialty Center in Saragossa were requested.

Finally, we were fourth. If I were a great architect I would say that it was not a bad result and I learnt in the process.
But no, I am not. We wanted to win and unfortunately we did not.

As usual in these competitions, we presented several panels explaining the proposal:

In relation to the architectural solution, I will draw only a couple of paragraphs of the technical report which refer to the SHAPE of the building and the FACADE.
I do not want to bore you with architectural arguments because the reason for this post is another one.

“We thought the building, because of its care character, must be an icon of the new medicine, at the service of Public Heath, and a structuring reference image of the Actur district.

Its position next to the World Trade Center Zaragoza, requires a conception of a singular building which dialogue and harmonize with regard to image. It cannot be the “poor friend”. 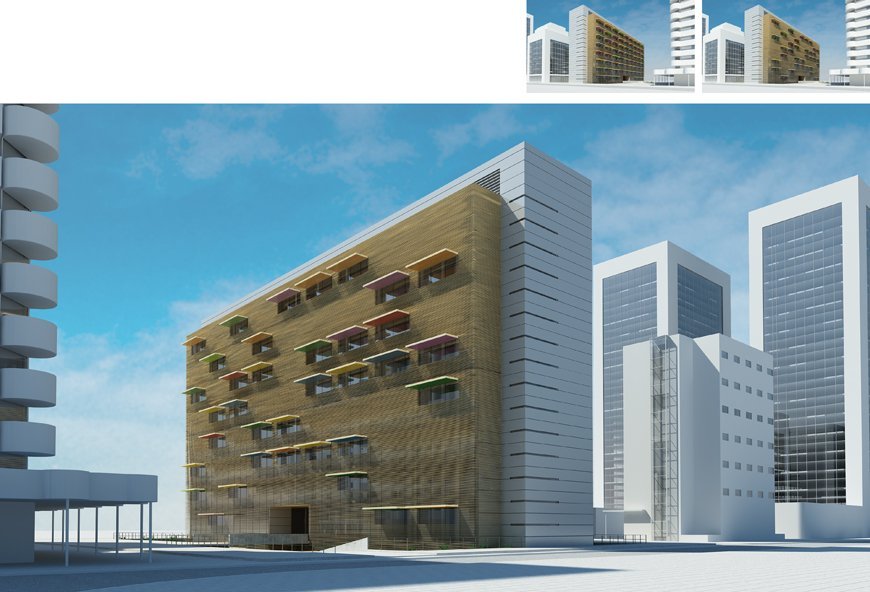 Moreover, the image of the new Specialty Center should influence psychosomatically in patients.

The semiotic value of the shape should convey confidence, security and stability. 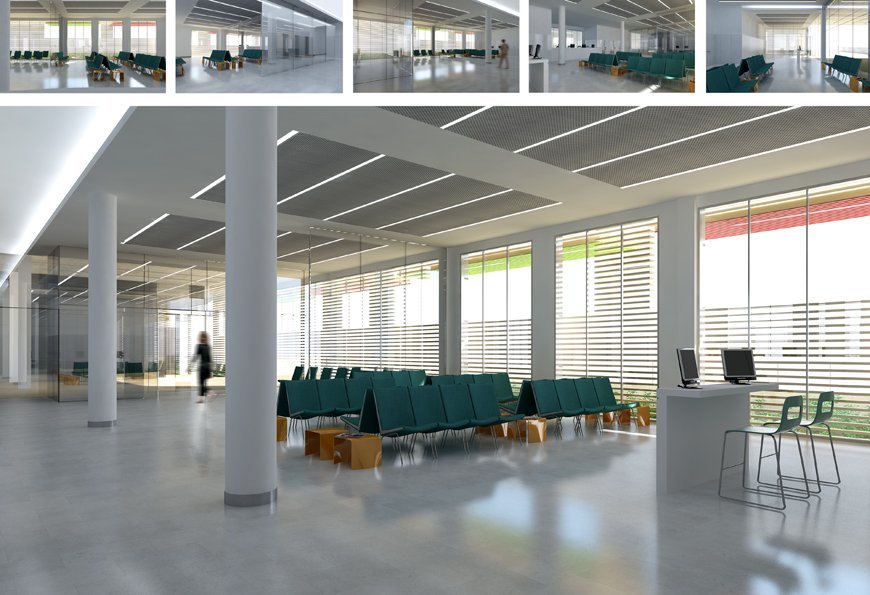 It will integrate vegetation and water in gardens. And the resounding of its shapes must produce an input of balance and confidence. In the design, as necessary aspects as saving CO2 emissions, energy efficiency Facility, isolation and resource savings… have been considered, defining a sustainable, durable and functionally excellent architecture.

The building is versatile, allowing its opening to the future use of new specialties and diagnostic techniques and treatment.

An architecture with formal gestures or macles of volume are not proposed.

Opposite the “artificiality”, the rest of the shape.

Therefore, we have tried to answer the four categories the way which postulates semiotic tradition:

On one hand, IMAGE, which is something that conveys, that remind us of something. In our case, order, cleanliness, neat… it is transmitted through the compositions of facades.

SYMBOL, which is something that represents the building. In our case that it turns into an example of its kind.

CONCEPT, which is formed by the building type that has been chosen. That choice vary from the functional building (in our case) to the machine building, where everything should work perfectly.

And finally, ICON. You have to find a shape that for its uniqueness and rotundity, is able to captivate and capture the collective subconscious.

The features of the facade used produce that, along the day, the composition of the façade vary.

In the south facade

First state, the evening: it is understood as an enlightened lamp through the slats, it provides a consistent and coherent image.

Second state, work: during working hours, opening windows-slats (horizontal) produces a dynamic effect of hollow-visors, of variable composition depending on the number of open holes. This effect is accentuated by having the intrados of the windows in different colors.

Third state, rest: after working hours, it appears as a perfect prism (windows-slats are closed). This image without gaps eliminates the domestic character of the composition, giving it a strong character forceful and abstract. 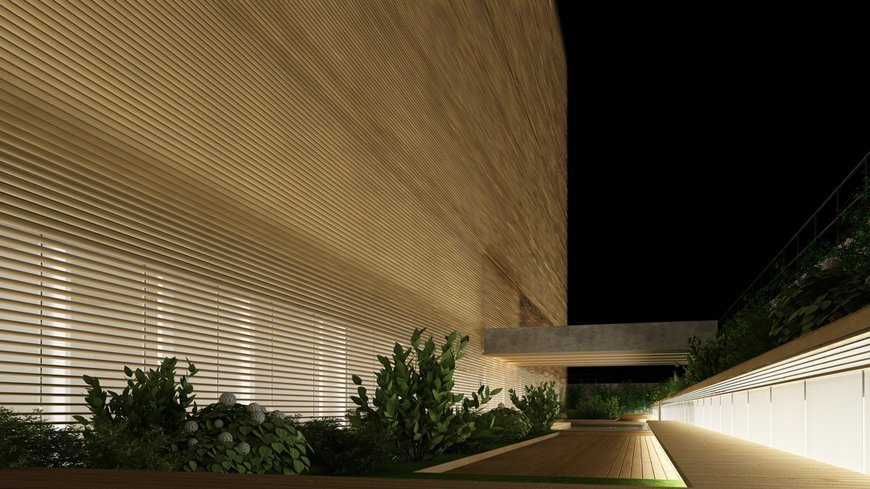 In the north facade

First state, the night: during the night the facade becomes a shadow with outgoing volumes and incoming holes.

Second state, work: during working hours, opening of the windows-slats (horizontal) produces an effect of space – variable solid and dynamic.

You must compete with other proposals. Making a difference.

Meeting or, failing that, imagining what kind of people will compose the jury of this competition of architecture.

In this case, we thought that there were more members NOT linked with architecture. This fact determined that our images have a more realistic character than usual.

We seek that realism both internally and externally. 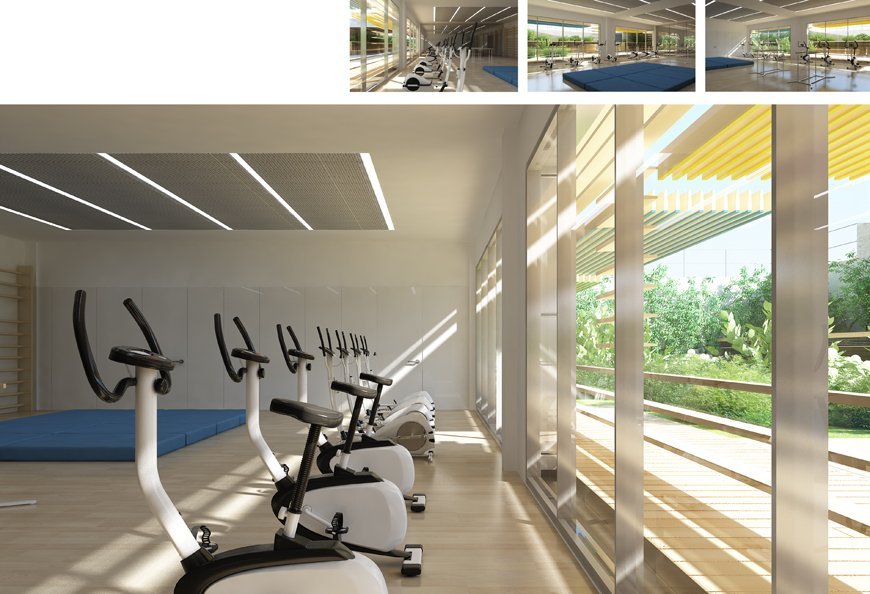 As we have already shown above, the facade had different functional options and its appearance, therefore, was also changing. Images had to help show it.

Our proposal of the building as a new icon of the city overnight, has forced us to show it, too, by night images.

We do not forget the technicians who could be on the jury. Therefore, we also generate perspectives with a more abstract character. Simple images, but very clear, explaining the urban proposal and the general volume of the building for this competition of architecture. 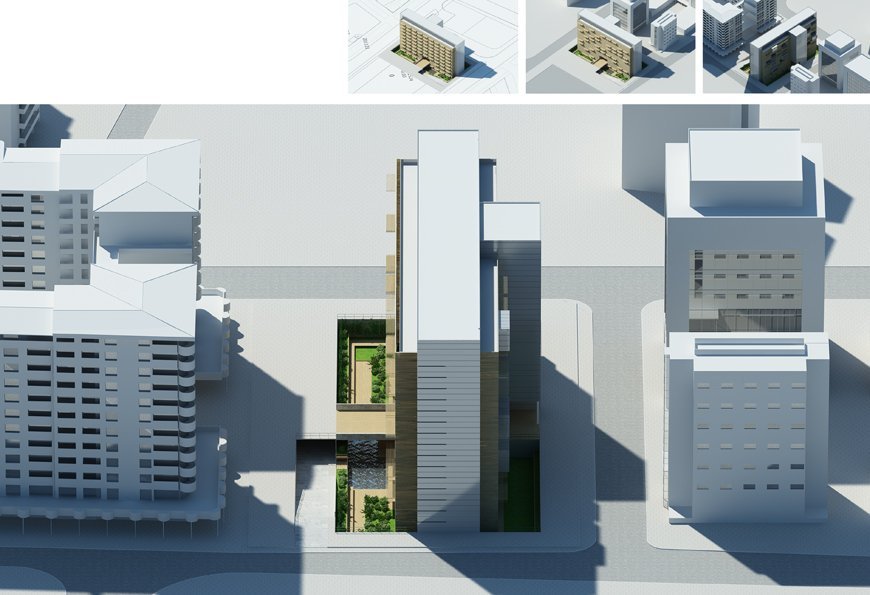 I have shown many images of the competition architecture.

Did we use all of them in in the presentation? Not at all. It is imperative to choose. If not, you can distract the jury.

For sure, they served to internally verify the proposed solution.

But we know that, a project, generally speaking, does not bear more than five viewpoints.

However, we wanted to show them to you to do the exercise.

What would you have chosen?

And after all these arguments … was it the correct strategy?

Surely not. Or at least not entirely. The fourth position in the competition is fifty-fifty satisfactory.

In the decision of a jury intervene multiple factors. Some are completely beyond our control.

I think, “visualizationlly talking”, the success was complete.

Do you agree with our arguments? How do you raise visualizations in competitions?

Do you think we could help you?

We think so. Contact us and we will help you get YOUR success.

Meanwhile, I recommend you to read this tips : “What do you need to win an architectural competition?”