SECRET 2 | Storyboard : from imagination to paper

The whole team is eager to start with individual tasks.

However, there is a previous essential step: the storyboard.

It is needed the guide for the development of the work. It is useful for two reasons:

Good for our relationship with the customer

The process with the client, as we have already mentioned, begins with the collection of expectations and technical information.

He, in that second meeting, already told us the fundamental aspects that he wants to be shown of his project. However, before entering the more technical stage of development of work, it is essential to teach how we have interpreted their needs. Among other things for that purpose serves, the storyboard.

Not only with words, supported by drawn cartoons or with photographic references, we will show you the “skeleton” of the video.

It will serve to convey the trust you need. To show you that we have understood what you wanted.

He will feel understood and the relationship will be fluid.

Of course, that is if he agrees with our approach. In that sense, our attitude must be open. We do not have to worry about making more than one storyboard if the first one does not convince him. You are interested. Think that you have not started with the development side yet, and that is why it is now when it comes to discussing and reaching a point of agreement. Now, the changes are not traumatic.

Talk to him as often as necessary but also explain that the agreed final storyboard is a point of no return. That is a commitment on both sides to keep moving forward. Both of you will feel calmer to move forward without fear of the changes later on. 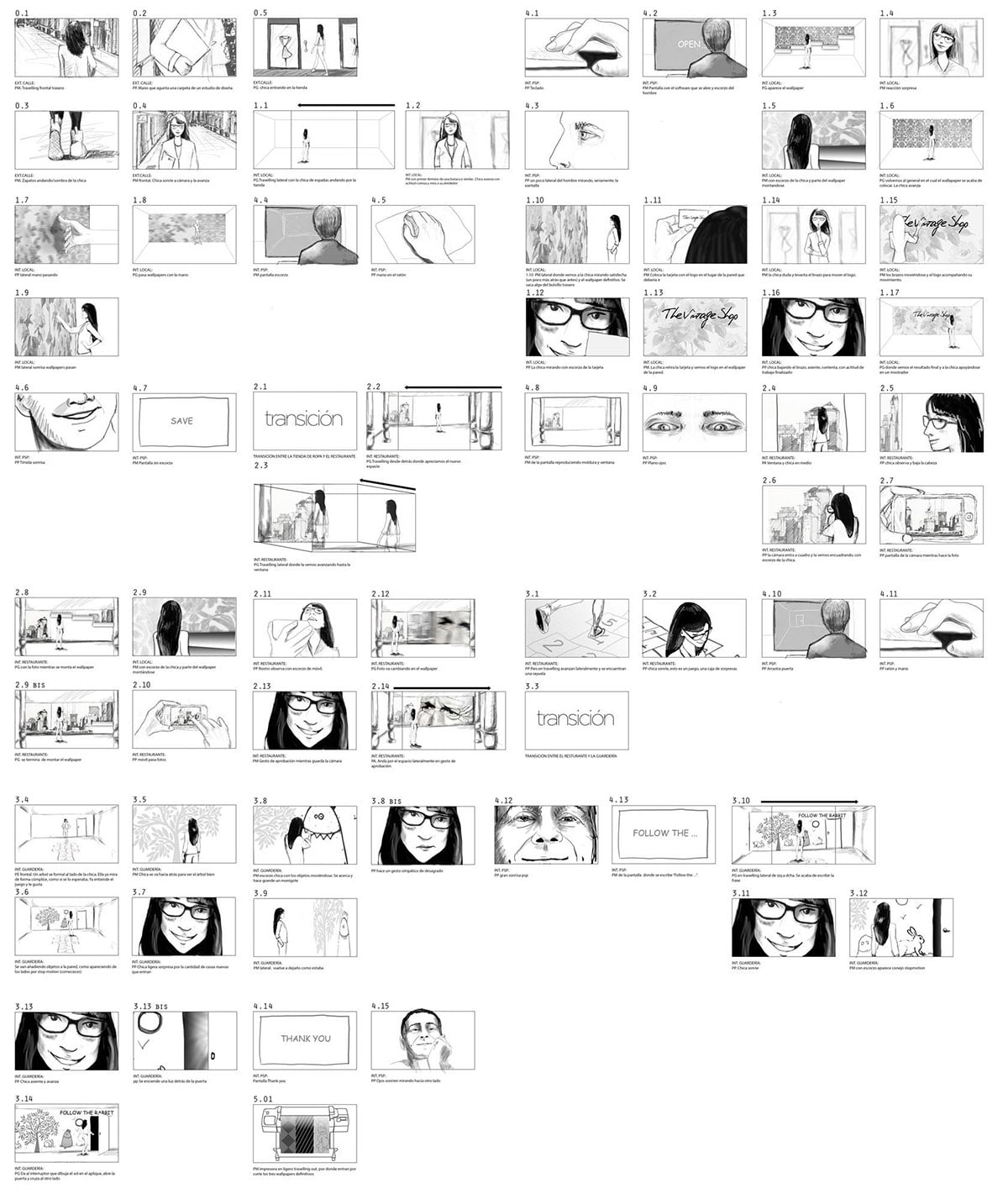 Good for the job manager

We have already achieved the commitment of the client.

Now, the SB, will be our guide, the guide for the whole team.

As we have already decided WHAT, WHEN and HOW are we going to show the project,

we have the script to make decisions in each of the tasks.

The modeler can now be started. You can begin to model the spaces to be displayed.

The renderer, with just a few simple first models facilitated by the modeler in a few days, can begin to do camera tests, lights and texturing.

Efforts are limited to the maximum. It is not that there will be no effort, what happens is that they are very measured. To give an example, as in the SB has already decided to record some sequences with dron, the modeler, when starting with the environment, you will know how far to work. If we did not have the SB, probably, to give camera freedom to the renderer, it would be obliged to model much more.

The direct consequence would be an increase of time in the accomplishment of a work that, could end up in the trash since finally, the cameras did not arrive to visualize that part of the project.

I invite you to discover more secrets about his project, developed in team with 023 Content & Media

There are many reasons to consider storyboard as an essential part of the process. In my experience, the times we have tried to run leaving apart that step, has ultimately meant a waste of time and effort.

So, do not hesitate: STORYBOARD ALWAYS AT THE BEGINNING.

Do you want to discover the third secret? : SECRET 3 | 3d model : Let’s get hands dirty